Is there an ELEPHANT in your interviewing room? 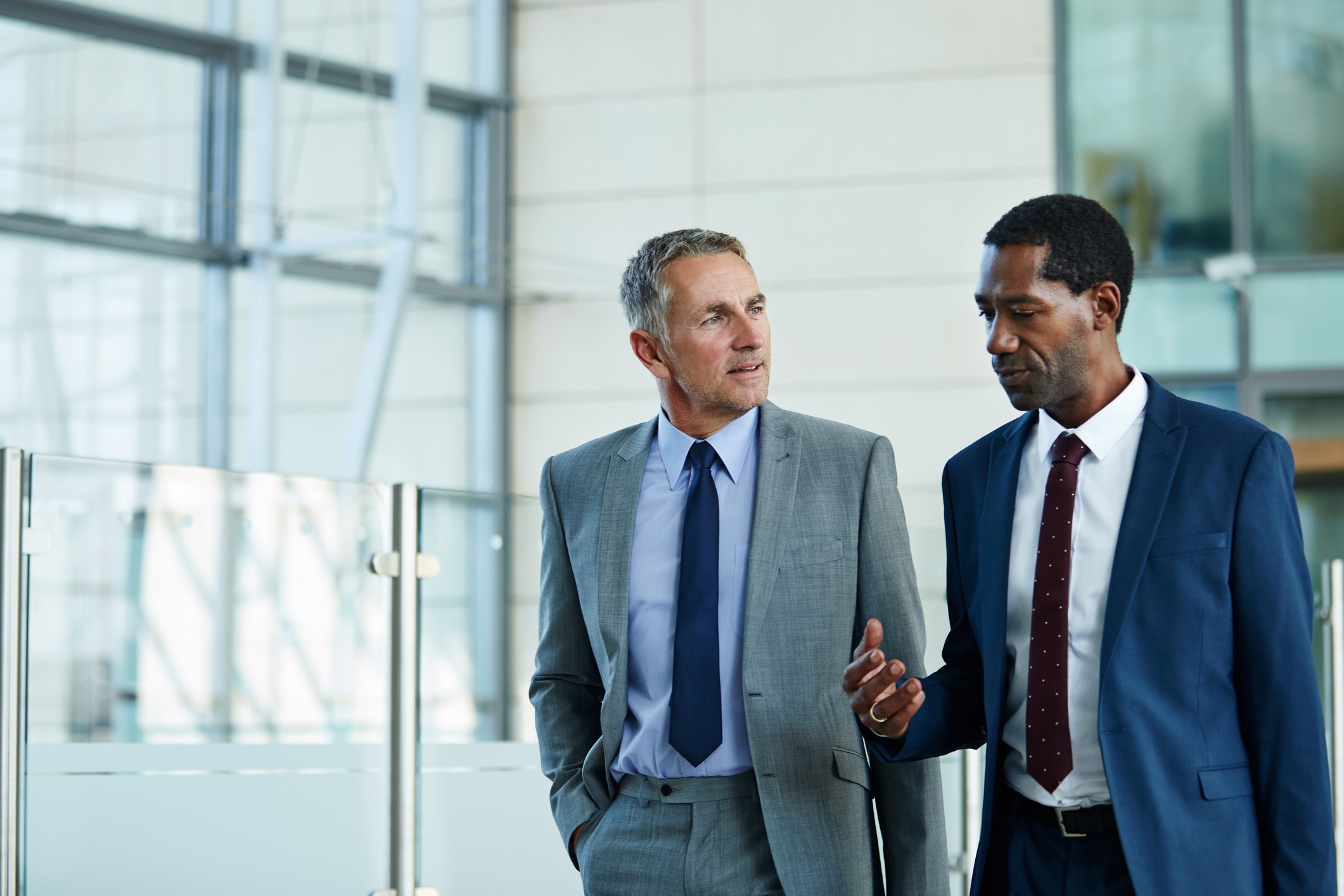 Learn how a potential “disadvantage” can be neutralized and transformed during an interview.

When Alan first met with our senior consultant , he was both excited and anxious about an interview he had scheduled. He was excited because he believed that the role was good fit and a great next step in his career. He was anxious about being asked why he left his last position.

Alan’s last CEO wanted a nuts and bolts CMO who primarily supported the sales team, while Alan was used to larger companies and leading corporate strategy. Regardless, Alan’s references were very strong, including his previous CEO and key investors. At his interview preparation meeting, our consultant emphasized the importance of bringing up the reasons why he left his last position and shared with Alan how to do so, even if the CEO didn’t ask him. “You can  frame your own story so the CEO wont  “fill in the blanks” on his own.” Our consultant added, “ It will also provide a counter-weight for potential misinformation the CEO may hear from other sources.”

Later that day, our consultant got a call from Alan. He was ecstatic because he felt he answered every question perfectly. He expressed relief, “The CEO never asked me why I left my last job and the interview was going so well, I determined it was best not to bring it up. ”

A few days later, the potential employer’s CHRO called the CFO at Alan’s last company, whom she knew from a previous company.  The CFO then called Alan and told him that the CHRO had called and asked a lot of questions about why he left. Alan was surprised by the focus on his departure. He had assumed that it was a “non-issue” after his meeting with the CEO.  Alan followed up the next day with the CHRO  to check on the status of his candidacy, and she told him that they had decided to move forward with another candidate.

Rick shared with our consultant that he had just been rejected for a Chief Marketing and Sales opportunity, and he was convinced it was because he is Latino. He reported that the CEO ended his last interview on a very high note, “You are just what we need.” He was sure he was going to get an offer. Over two weeks later, a member of the selection committee called letting him know they were hiring a candidate with deeper industry experience. He added, “ Hiring a VP of Marketing and Sales for Latin America is on our radar and the CEO thinks you would be a great fit. Would you be interested in interviewing for that job?” Rick felt that he had been slotted in a lower level leadership role simply because he was Hispanic. When our Lead Consultant told him that the outcome may have been different if he brought up his heritage, he was very skeptical and said, “I shouldn’t have to bring up my heritage. My performance stands on its own.”

Rick was correct in principle, but with his next opportunity, our consultant convinced him to try a different approach. Rick’s next interview was with a private company that had a large market share in the US, Latin America and Europe. The CEO was British and although he had a diverse set of managers at the country level, all his top executives were British or of British decent. We practiced bringing up his ethnicity while discussing his track record with large accounts.

Rick followed through and brought up the upside and downside of his Latino heritage as a CMSO in the US and in Europe. The CEO was clearly intrigued, so Rick described how his awareness allowed him to drive a successful customer outcome, regardless of bias. He told the CEO, “I am charged with building  the company and if I know there is a bias that can’t be addressed in the short term, I bring in a different team member.” The CEO realized that Rick and he had common goals and traits, so their differences took a back seat, and Rick got the job offer.

When a candidate demonstrates confidence, candor and authenticity regarding a personal attribute, trait or experience that interviewers may be curious or concerned about, it puts everyone at ease and validates the candidate’s strong leadership abilities. 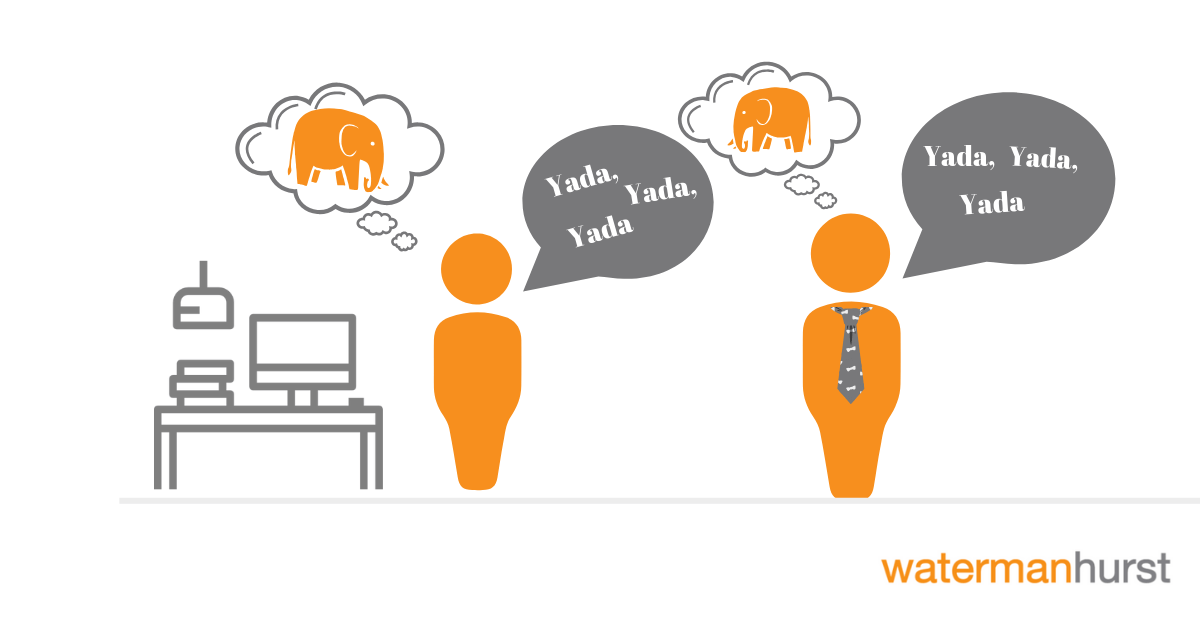 Identifying your own ELEPHANTS

Your ELEPHANTS are unique depending upon your background and the opportunity at hand. We have advised clients on dealing with elephants from A to Z. There are advantages in one setting that can turn into elephants in another setting. Some recent client elephants  include being too young, a different gender orientation, previous company had an unfavorable reputation, veteran experience, a lawsuit with a previous employer, and a client having spent too long with his present company.

When trying to identify your own elephants, ask yourself the following:

If your answer is yes to any of the questions above, addressing your perceived disadvantage is extremely important to achieve success.

Investigate, Practice and Be Prepared

An accurate assessment of your interviewer, the opportunity, and your elephant is paramount to determine how to neutralize or transform it.

In some circumstances, it is ill-advised to bring up your elephant in an interview setting. In those cases, it may be best to address your “disadvantage” in another less direct way or at a different time. However, in most circumstances, bringing up a disadvantage turns into an advantage. With practice, you will get good at it, and barring any deep-seated bias or intolerance, your elephant(s) will disappear. You will score points for being open, courageous and honest.

Neutralizing potential elephants requires self-assessment,  research, extensive practice and confidence. You will be conversing on topics that are uncomfortable to you or your interviewer. With the right preparation, you can become expert at proactively addressing questions that your interviewer overlooks, is too uncomfortable or legally prevented from asking, or even plans to ask others, rather than ask you.

Founded in 2001, Waterman Hurst is a professional services company that provides strategic job and board search services to leaders. We serve CEOs, C-Suite executives, Next Level Executives, and Advancing Leaders who want to transform their careers. We are the first company to provide B2C high end, high touch comprehensive job and board search services exclusively to leadership clients – we provide expertise in branding, strategy, coaching and serve as agents for top talent.